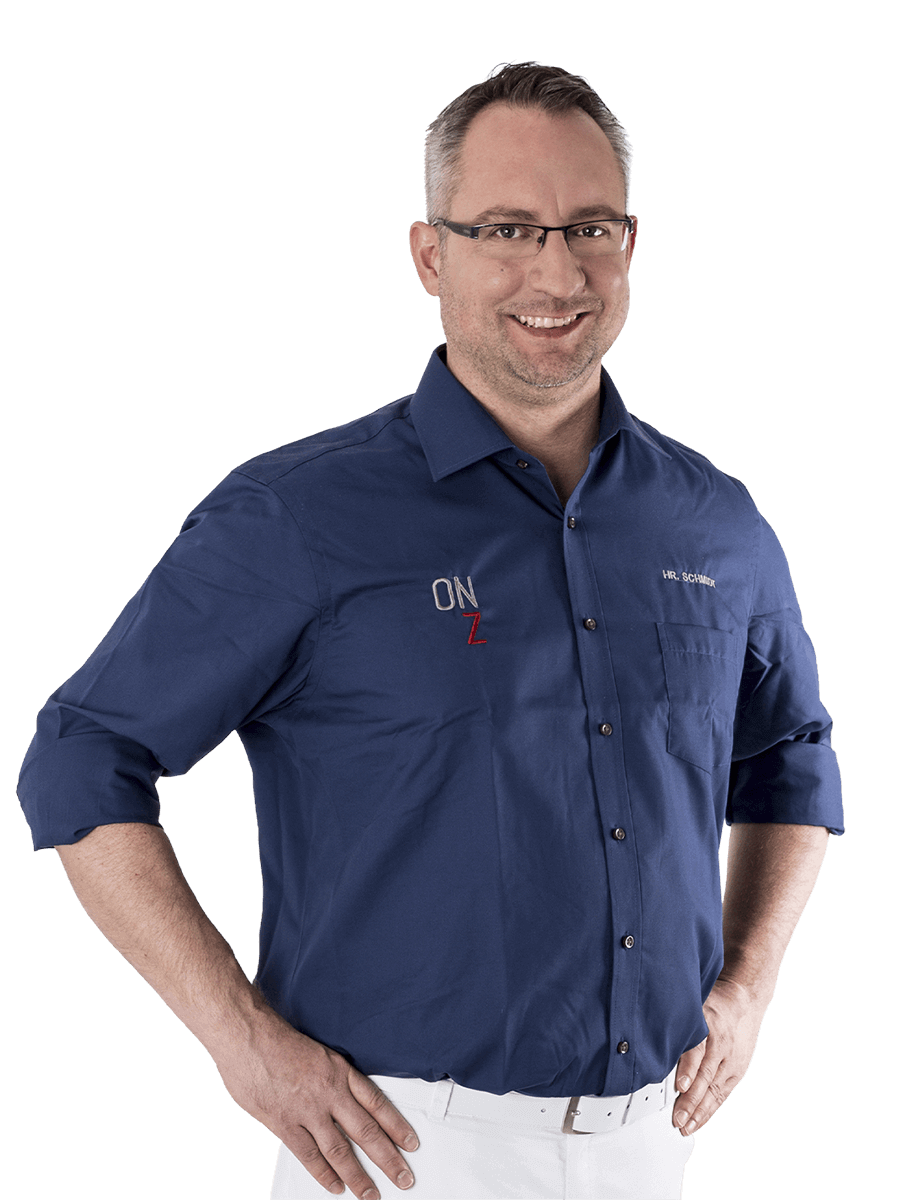 Mr. Schmidt supports the ONZ in the entire field of conservative as well as operative orthopedics.

Mr. Schmidt is also a very experienced surgeon for endoprosthetics (artificial joint replacement) of the hip and knee joint.

Mr. Schmidt began his studies in human medicine in 1991 at the University of Düsseldorf. He completed his medical studies in 1998 and subsequently began his medical practice from July 1998 to December 1999 at the Frieslandkliniken in Sande in the orthopedic clinic of PD Dr. med. Schilling.

He then moved to the Marienkrankenhaus Papenburg in the Department of Surgery under the direction of Dr. med. Böckmann from January 2000 to December 2002. In January 2003, Mr. Schmidt transferred to the Orthopedic Clinic of the Nordwest-Krankenhaus Sanderbusch, again under the direction of PD Dr. med. Schilling, to continue his orthopedic residency. From April 2005, he was initially appointed as a functional senior physician and then as a senior physician after completing his specialist training in orthopedics in September 2007

During this period, he acquired extensive conservative and operative knowledge and skills in the areas of the entire orthopedics and trauma surgery.

Since 01.02.2020, Mr. Schmidt has been working at the ONZ and received his license to practice as a panel physician in February 2020. He supports the ONZ in the entire field of conservative as well as operative orthopedics.

Specialist in orthopedics since 2007
Certificates: